Andy Askins is a diminutive figure who exudes an air of vulnerability as he steps up to the microphone armed with a guitar and a cheeky grin. It’s an overwhelmingly misleading demeanour which serves to heighten the impact of the killer lines that he delivers.

Andy has an expertly crafted routine littered with an eclectic mix of offbeat original comic songs and parodies. A talented musician with a captivating voice, popular songs have been re-written and given a perverse twist to tremendous comic effect. With a wickedly dry sense of humour, Andy’s darker material is sweetened by his innocent and impish demeanour which never fails to leave audiences in the palm of his hand. With impeccable timing, the inventive and quirky songs are peppered with inspired patter – the material is as strong as the songs and delivered in an inimitable modest and self-deprecating style.

Since becoming a full time comedian back in 2005, Andy has built a reputation as a distinctive and original talent, and is now a highly sought-after headliner at all the major UK comedy clubs, as well as being a favourite amongst his peers.  Following a successful debut in 2014, Andy was invited back to the prestigious Altitude Comedy Festival in Austria the following year, where he once again tore the roof off. He has previously had the honour of working with Michael McIntyre, Lee Evans, Jason Manford, Alan Carr, Jimmy Carr, Micky Flanagan, Harry Hill, Rhod Gilbert, Bill Bailey and Jack Dee, to name a few stand-up luminaries. Andy performed his solo show “The Man With No Name” at the prestigious Edinburgh Festival for the first time in 2016 to rave reviews.

On TV screens, Andy was recently invited to appear on The John Bishop Show, performing a storming set at the Hackney Empire, alongside a stellar line-up from the worlds of comedy and music. The show transmitted in a primetime Saturday night slot on BBC One. Having impressed audiences and executives alike, Andy has then invited back to perform on this year’s John Bishop Christmas Show  (the only Artiste to be invited back from the series).  The festive edition of the show also aired on BBC One.  Andy has also recorded a set for the latest series of Comedy Central’s The Comedy Store, and has performed on two series of The World Stands Up, also for Comedy Central.

Proving that his brand of comedy is universally appealing, Andy has delighted comedy audiences as far and wide as Switzerland, Belgium, Hong Kong, Tokyo, Bangkok, Dubai, Mumbai and the Caribbean. He is also a firm favourite with the Armed Forces, performing several tours on Naval ships in ports around the world, as well as Iraq, Afghanistan and the Falkland Islands. Andy was also one of a very select group to be awarded the Afghanistan campaign medal  for his contributions which included several tours to soldiers operating on the frontline.

Originally from the North East of England, Andy is now based on the Isle of Wight.  He is currently working on several original ideas for TV and Radio. 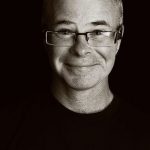 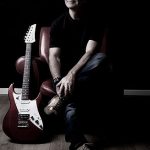 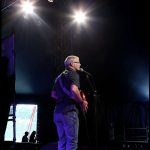 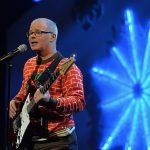 "Although he looks mild-mannered and studious, he actually packs a wry, cheeky wit. There is, most definitely, something warmly alluring about him. His winning persona goes a long way."