John first caught the stand up bug after a visit to a comedy club in Dublin and quickly discovered that making a clown out of himself wasn’t all that bad. He instantly made a splash in his native Ireland with his laid-back delivery and natural stage presence and within eight months of his first gig, appeared on TV in RTE’s The Liffey Laugh; an unheard of feat for a newcomer.

He was invited to join Irish Star PJ Gallagher as a special guest on his Irish tour and grasped the opportunity with both hands. Soon after, he was starring alongside the legendary Tommy Tiernan in the Third Policeman’s Ball, a tribute to the Irish writer Flann O’Brian. Recorded at the famed Dublin venue of Vicar Street, the acclaimed event was released on DVD in 2009 and launched John as a powerful performer in his own right. He later appeared in BBC’s One Night Stand, continuing to build his reputation as a promising newcomer. Encouraged by these early achievements, John took the plunge and decided to give-up his day job as a secondary school teacher. Meeting many future lunatics was an enjoyable experience, but the Irish Films Actors Studio beckoned and John began training for the screen, alternating acting with stand-up.

Cementing his status as a promising newcomer in the stand-up world, John accepted an invitation to perform at the prestigious invite only Montreal Just for Laughs Comedy Festival. He was subsequently invited to tour around South Africa, coinciding with the Lions Tour, as well as appearing on stage in America, Europe and the Middle East. He has also been a regular at the Kilkenny Cat Laughs festival and made his long awaited debut at the Edinburgh Fringe Festival in 2011 with his first solo show Social Networking. In 2012 and 2013 he was invited to join Tom Stade as a special guest on his nationwide UK tours playing to packed houses across the UK. He is now working on his eagerly awaited next solo show which he will be unleashing at the Edinburgh Festival in 2017.

On screen, his film credits include romantic fantasy Earthbound, in which he starred alongside Rafe Spall (2013) and Satellites and Meteorites Rick Larkin’s feature, for I – Wire Films (2009). Television appearances in Ireland include Be More Ethnic(BBC 3), One Night Stand(BBC NI), Stand and Deliver(RTE), Republic of Telly(RTE), Podge and Rodge(RTE), The Apprentice: Your Fired (TV3) and The Craig Doyle Show(RTE ONE). His latest television screen roll is that of Enda, in Butchers for RTE. John also wrote and starred in Meet Mike, Ireland’s first ever Internet mini-series. The show was nominated for various awards, including the Golden Spiders and the Digital Media awards and won an ICAD and three APMC Awards. In theatre, John has appeared as Bush in Rank, a play by Robert Massey as part of the Dublin Theatre Festival, which later transferred to the Tricycle Theatre in London. He also appeared in Lane Productions staging of Robert Massey’s Deadline.

John has signed to NBC Universal on a development deal to record his first stand up DVD. He has also just completed his first novel, having earned a coveted place on The University of East Anglia’s creative writing program. He is now based in London, and is busy working his way up the stand-up ladder, earning his stripes at all the major  comedy clubs across the UK. He misses the children who abused him each and every day of his teaching career. Sometimes. 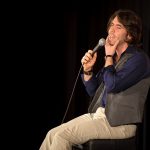 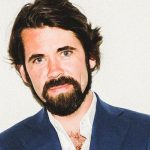 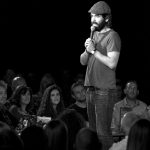 "The rising star of Irish comedy"

"Cracking comedy. Has a finger on the jittery pulse of our cash strapped age, well worth catching"