“ONE OF THE TOP TEN STAND-UPS IN THE COUNTRY”Independent

Mike Gunn’s history is as interesting and entertaining as his comedy. He’s been a successful stand-up comedian for over 15 years, but his road to success was a rocky one involving a misspent youth, a heroin addiction spanning 15 years and a stint in a psychiatric unit. Thankfully his sordid past is long behind him; but it cultivated a deeply cynical outlook and a perverse desire led him into the world of stand-up. A self-confessed pessimist, he describes himself as “not a natural choice for a career in laughter”. The evidence however, might suggest otherwise.

For well over a decade Mike has been firmly established as one of the most sought-after and accomplished comedians working on the UK and international circuit. An original talent, distinguished by his trademark laconic and lugubrious dark humour, killer punch lines and masterful delivery. Mike headlines at all the major clubs in the UK and has performed all across the globe, in the Middle and Far East, and as far afield as New Zealand and Australia; completing a five week sell out season at the Melbourne International Comedy Festival. He has also entertained the troops in the Falkland Islands.

In 2012, Mike embarked upon his long overdue UK tour; taking to the road to fully unleash his full comedy prowess with Still on the Roadshow; a double headline show with Canadian comic Sean Collins.

On TV, he’s performed on BBC One’s Michael McIntyre’s Comedy Roadshow, and The World Stands-Up and The Comedy Store for Comedy Central. He’s also appeared on Celebrity Deal or No Deal and The Gas on Channel 4; Harry Hill’s TV Burp on ITV, Live at Jongleurs for Channel 5 and Al Murray’s sit-com Time Gentlemen Please for Sky1. As a writer, he has been a regular contributor for The Guardian and has also written for Time Out, The List, The 11 O’clock Show (Channel 4) and Match of The Day Magazine.

Mike has performed two solo shows at the Edinburgh festival; making his debut wit Good Grief, adopting the character of a funeral director, and fully embracing his melancholy demeanour to hilarious effect. In August 2003 he returned to the festival with a provocative autobiographical show; Uncut; a frank and deeply personal story documenting his former career as a drug addict. The show received rave reviews and aided by a grant from the Arts Council, Mike developed the show as an educational resource; performing to teenage audiences in theatres and schools around the UK. Then Evening Standard recognised the show as an effective tool for raising drug awareness, describing: “Wit as sharp as a needle…packs a real punch…a funny, chilling comedy lesson”.

As a consummate stand-up professional, and one of the foremost stand-ups working today, Mike remains in great demand both on the live circuit and as a corporate performer. In 2014 Mike supported Lee Mack on tour which saw him playing to his biggest live audiences to date. He plans to tour a new solo show in 2017. His reputation for being a bit unfriendly and a touch gloomy is really not true. In real life he’s loving, warm and philanthropic. Just a bit misunderstood. 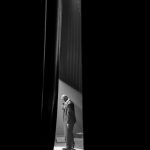 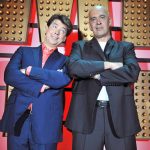 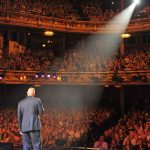 "Has the remarkable ability to straddle the light and dark, to combine dread and hilarity in a single observation"

"The comedy circuit’s most vivid raconteur"