Paul Thorne is a topical comedian, whose finely crafted material and quirky songs have made him one of the UK’s most sought-after stand-up talents. A well respected headliner and skilful compere, Paul is also a regular member of The Comedy Store’s Cutting Edge team; performing material based on the week’s news in this prestigious long-running topical show.

A wonderfully assured performer, Paul’s provocative topical gags; spontaneous wit, and surreal comedy songs have earned him a reputation as a quality live performer. A truly world class act, Paul has performed in Dubai, Hong Kong, Thailand, Singapore, China, Japan and Australia and many places in between.  In recent years, he has also enjoyed two critically acclaimed tours of Canadian Fringe Festivals with his solo show.

Paul’s TV credits include The World Stands Up (Paramount), The Stand Up Show (BBC One) and The Comedy Store(Comedy Central).  He also served as Team Captain on three series of the Montreux Award-winning comedy panel game Bring Me the Head of Light Entertainment (Channel 5).  On Radio, he’s guested on Cabaret on Four (BBC Radio 4), The Lost Weblog of Scrooby Trevithick with Andy Parsons (BBC Radio 4) and Hold the Front Page (BBC Radio 5).

After years of headlining across the UK circuit, Paul completed a successful residency in London’s West End in 2014, performing a brand new topical solo show at The Leicester Square Theatre.

Paul headed to the Edinburgh Festival in 2016 with an updated version of the show This Month’s Apocalypse; performing for the month of August at the esteemed Stand venue.  In this new show, Paul takes a sideways look at modern evil; using a mix of brilliant stand-up, music and selectively offensive tirades to depict a world falling apart, where institutions have failed us and celebrity and money are the new Gods. Topics range from bigots to bankers, the seven deadly sins to Radicalised Agnostics, the 5th Horseman of the Apocalypse and The Three Fundamentalist Teddy Bears.  Truly capturing the zeitgeist of current times, the show truly cements Paul’s reputation as a creative and prolific writer.

Paul is planning to tour the show across the UK this year – and has recorded an album of finely crafted comedy songs inspired by the show. Available now on iTunes and www.cdbaby.com. 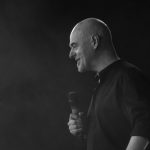 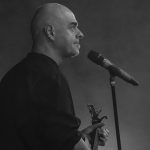 "A fantastic musical comedy about doom, gloom, the inevitable end of the world and the number of ways that might happen. Despite this, it’s a brilliant way to spend an hour at the festival. Thorne has a gift for storytelling, incorporating his audience makes the show even better. His comical tales flow neatly into songs, he’s satirical, cynical and very funny…full of dark twists from apocalypse’s to fundamentalist teddy bears, a wonderful way to come together and laugh at our own negativity."

"A sharp and fast-paced comedian with just the right mix of edgy political incorrectness. No one is left unscathed during a hilarious hour-long show."

"Paul Thorne’s satirical songs, with his own guitar accompaniment, a waspish, sweary pleasure"

"Amiable cheekiness and easy banter make him a hit with audiences... Masterfully delivered."